Demand for builders in St. Petersburg rose by 12% over the year

A car caught fire in a tunnel in northwest Moscow

Chinese 13-year-olds sue their father for 16,800 yuan that he took from them

Shell intends to withdraw from businesses in Britain, Germany and the Netherlands

Avatar suits to be used to study movement disorders

El Pais: A Moroccan man in Spain killed a priest and attacked visitors to two churches

Numbeo experts: Qatar, UAE and Taiwan are the safest countries in the world

Island of Forts Shapes a New Quality of Life in Kronstadt

In the city of Kronstadt, located on the Kotlin Island, a project is being implemented to create a tourist and recreational cluster «Island of Forts». Its goal is to acquaint both Russian and foreign tourists with the history of the country's Navy, as well as to give new life to the unique monuments of history and architecture. To do this, the authors of the project have united not only the efforts of relevant government agencies, but also the professional public - architects and restorers of St. Petersburg. «Island of Forts» is the most large-scale historical and urbanistic project in the North-West of Russia. The ideologist of the cluster's creation and the head of the project office was Ksenia Shoigu.

History of Island of Forts cluster

The complex of fortifications around St. Petersburg began to be erected by Emperor Peter I literally a year after the founding of the Northern capital, in 1704. Until the beginning of the First World War, they retained their direct purpose, and today the forts of Kronstadt are an example of fortification art of world significance. They can be used to study both the development of artillery and the defensive strategy of Russia as a whole.

In 2019, Russian President Vladimir Putin gave instructions to form a tourist and recreational cluster in the cradle of the Russian fleet. The implementation of the project will increase the tourist flow up to 5 million people a year.

Kronstadt is to become the largest island-museum in the world dedicated to the history of the Navy. The project is being implemented by the Ministry of Defense of the Russian Federation and the authorities of St. Petersburg.

On the territories with a total area of over 100 hectares adjacent to the Cabotage harbor, a museum and historical park, a museum of naval glory, an embankment and other objects of tourist, recreational, scientific and educational infrastructure are being created. Also on the territory of the cluster are the forts "Kronshlot", "Peter I" and "Emperor Alexander I", which will be restored in the coming years and opened for tourists.

The project is being implemented in several stages. According to the head of the project office Ksenia Shoigu, all 32 objects of the cluster are going to be commissioned by 2025. 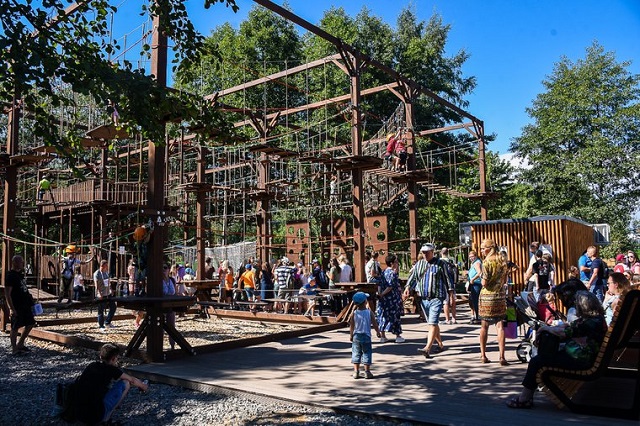 Opening of the first facilities Island of Forts

The opening of the Museum and Historical Park took place in August last year. First of all, the openings included the park itself, the Alley of Heroes of the Russian Fleet, a children's play area with a covered sandbox, and recreation areas.

It is worth noting that the names of the heroes of the fleet were chosen by the residents of the country following an all-Russian vote. Citizens were selected from an extended list proposed by the Russian Military Historical Society. The final list of heroes of the fleet, whose names are presented in the form of objects associated with the naval commander himself: Peter I, Grigory Spiridov, Fedor Ushakov, Ivan Kruzenshtern, Pavel Nakhimov, Vladimir Kornilov, Vladimir Istomin, Stepan Makarov, Nikolai Essen, Nikolai Kuznetsov, Sergey Gorshkov and other.

Structurally, the Alley is a "road of time" - personalities, through which historical themes are reflected, are presented in chronological sequence from the past to the present.

This summer, the opening of the second stage took place. The park has facilities not only for children, but also for teenagers, in particular, a skate park. If the first stage was created with an emphasis on cultural and educational functions, then the second - although it continues the story of the formation of the Russian Navy - is still largely recreational.

"Modern tourism is an industry of experiences. And great points of attraction need something else to make guests want to come back. The "Island of Forts" project is a perfect example of such approach that allows developing tourism further", - said the head of the Committee on tourism development of Smolny, Sergey Korneev.

Every month over 70 thousand people visit the park. 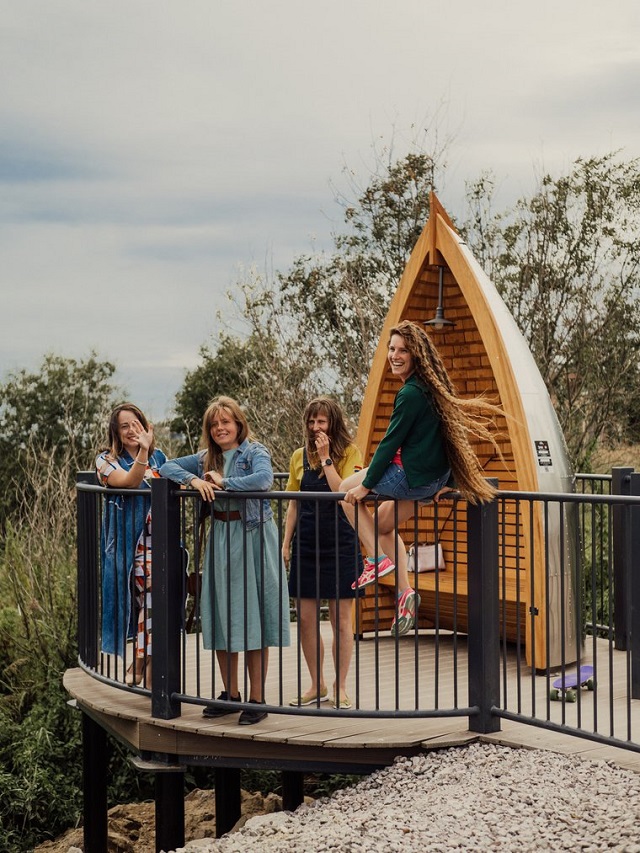 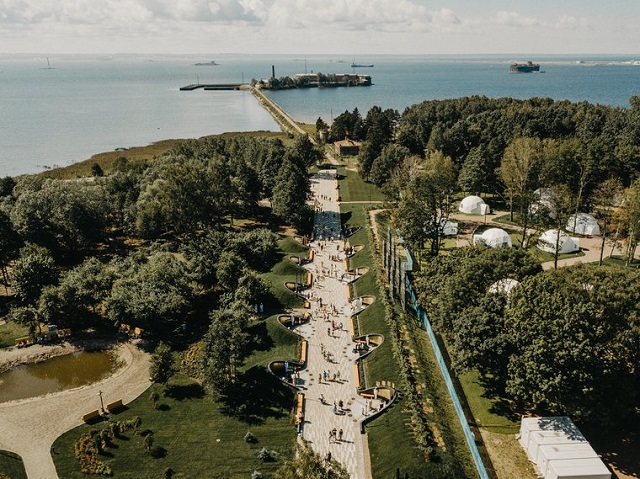 How Island of Forts will affect the lives of Kronstadt residents

The development of tourism is not the main mission of the project. Island of Forts forms a new quality of life in Kronstadt. Over the past few years, the citizens will receive updated infrastructure, modern recreational facilities and many new opportunities. The project will spur the development of local entrepreneurs and create more than a thousand jobs in a wide range of occupations.

“We focus on infrastructure for people to use every day. Therefore, in my opinion, it is more appropriate to talk about Island of Forts as a project for the integrated development of Kronstadt with a focus on residents", said Ksenia Shoigu.

In particular, the transport infrastructure is being modernized in the city. By 2025, six objects of the road network will be built and repaired in Kronstadt. 4.9 billion rubles will be spent on this. Also, for 3 billion rubles, the interchange with the Ring Road at the entrance to the city will be reconstructed. This will solve the problem of traffic jams. In parallel with this, engineering communications are being updated, new residential complexes and hotels are being built.

Another social object will be a lyceum with an engineering and technical bias for 550 places. The opening of the educational institution is scheduled for 2023.

The Governor of St. Petersburg Alexander Beglov told the President of Russia Vladimir Putin, that the total amount of investments in the project of Kronstadt modernization in the initial stage is planned in the amount of 75 billion rubles. The authorities also plan to restore the Petrovsky dock in the coming years and equip a new museum there. 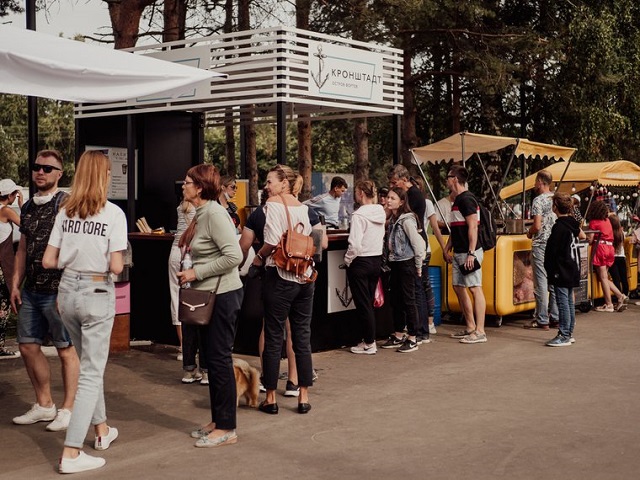 Ksenia Shoigu said that the full concept of the cluster development will be presented by 2025.

"Island of Forts is a comprehensive project for the development of the territory, so it makes sense to present all the objects in detail, with clear statuses, completion dates and architectural appearance. We fought for each building to be in harmony with the infrastructure and the urban environment of Kronshtadt, so that the objects evoke a feeling of something of their own. This approach is implemented throughout the cluster", said the ideologist of the project.

Since St. Petersburg residents like to sunbathe and the city has a developed beach culture, special attention was paid to the shore and beach area. The cluster will include a 2.5 kilometers long embankment. It will be opened in stages until 2024.

Also on the territory will be located the world's largest museum of naval glory, which will be combined with the congress and exhibition center for the naval salon and other large-scale events.

Some of the exhibition spaces will be located in the restored premises, some objects - for example, weapons - in the open air. A separate building will be built for the multifunctional interactive complex and the Exhibition and Convention Center. The central exhibit of the museum will be the first in the USSR nuclear submarine K-3 "Leninsky Komsomol".

The museum intends to combine authentic historical items with museum innovations and augmented reality elements. This will immerse visitors in the history of maritime craft in the country - from Kievan Rus to the present. The museum is expected to open in 2023. 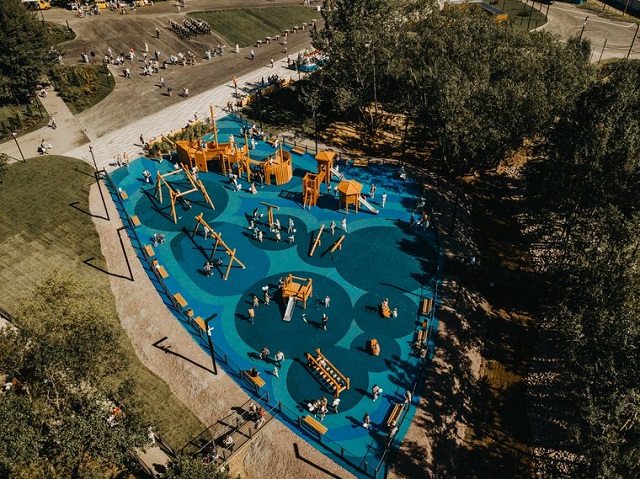