Russian vaccine-spray Sputnik Light to be used for revaccination

Most popular tourist destinations for Shrovetide

Bali may open its borders to vaccinated tourists against coronavirus

Ministry of Health updated list of contraindications for COVID-19 vaccination

Most COVID-19 restrictions in Moscow will be lifted by summer

Half of Russia’s multimillionaires invest in seaside housing

US begins preparing sanctions against Russia over Navalny situation

Putin says provocations are being prepared against Russia over COVID-19

Ukraine plans to start vaccination against COVID-19 on February 24

Freezing rain to fall in Moscow on Thursday

Belokurikha is recognized as one of best resorts for rehabilitation

Russian Ministry urges US to return to Open Skies Treaty

UK to carry out exercise to “destroy” Russian and Chinese satellites

"Fans, I love you," Quincy Promes wrote during Spartak head coach Domenico Tedesco's press conference. The broadcast was made on the Moscow club's Instagram account. 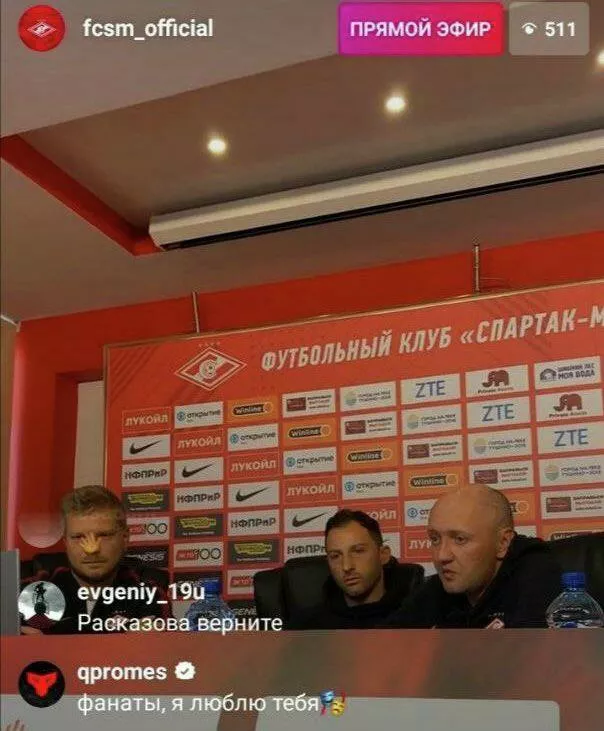 Quincy Promesco played for Spartak from 2014 to 2018. During that time, the Dutch midfielder won the Russian championship and the Super Cup. Promes played 135 games for the Moscow club, having scored 66 goals and given 33 assists.

Domenico Tedesco himself later asked Quincy Promes to come to Russia as soon as possible. "If he can see me, I ask him to come as soon as possible," Tedesco said during the live broadcast. The press conference was held before the Russian Cup 1/8 final game against Dynamo Moscow.

In early February, it was reported that the transfer of Quincy Promes to Spartak had been suspended. The club's managing director Yevgeny Melezhikov said that Ajax demanded "unconditional payment in any court decision".