Street musicians injured in Lviv for performing songs in Russian

Ukraine will allow dual citizenship but not Russian one

Catalyst has been developed to reduce carbon monoxide emissions

More than 300 schoolgirls kidnapped by bandits released in Nigeria

Iceberg measuring almost 1,300 square kilometers has broken off in Antarctica

Vaccination of volunteers with Sputnik Light started in Moscow

Pushkov calls US airstrike on Syria a signal to other states

Syria seeks protection from US aggression from United Nations

Russian vaccine-spray Sputnik Light to be used for revaccination

Most popular tourist destinations for Shrovetide

Bali may open its borders to vaccinated tourists against coronavirus

The year 2021 is declared the Year of Space at VDNKh, numerous thematic events will be dedicated to the anniversaries of major space achievements throughout the year.

On February 19 the Cosmonautics and Aviation Center in the Cosmos Pavilion will host the exposition "First in the World". It is the biggest event of the year of space at VDNKh. About a hundred posters dating back to 1850-1960s were selected from the holdings of the Memorial Museum of Cosmonautics.

All posters are dedicated to one theme - the conquest of space. They were drawn by famous Soviet poster artists, including Irakli Toidze and Valentin Viktorov. The exhibition was divided into three sections.

The first of these is entitled "The road is open to man!" Here visitors can see a selection of posters featuring pilots-cosmonauts, as well as posters dedicated to the launch of the first artificial satellite.

The second section is entitled "Let there be peace!" It contains posters showing the impact of space flights on the lives of people in the Soviet Union - their desire to emulate the cosmonaut heroes in education and work. This section also includes posters dedicated to traditional calendar holidays, but which invariably have symbols of space.

The third section presents the brightest examples of propaganda Soviet posters and is entitled "Sons of October - Pioneers of the Universe!

"The exhibition “First in the World” will be of interest not only to guests wishing to immerse themselves in the atmosphere of the era of grandiose space victories and universal pride for the country, but also to those who want to study the Soviet poster as a popular genre of fine art in the mid-20th century," said pilot-cosmonaut and Hero of Russia Fedor Yurchikhin, president of the Cosmonautics and Aviation Center at VDNKh. The press service of the mayor of Moscow quoted him as saying.

Posters in the USSR are not just propaganda, they are a separate and unique milestone in the history and culture of the country. It should be reminded that propaganda posters were widespread in our country from 1918 to the early 1990s. 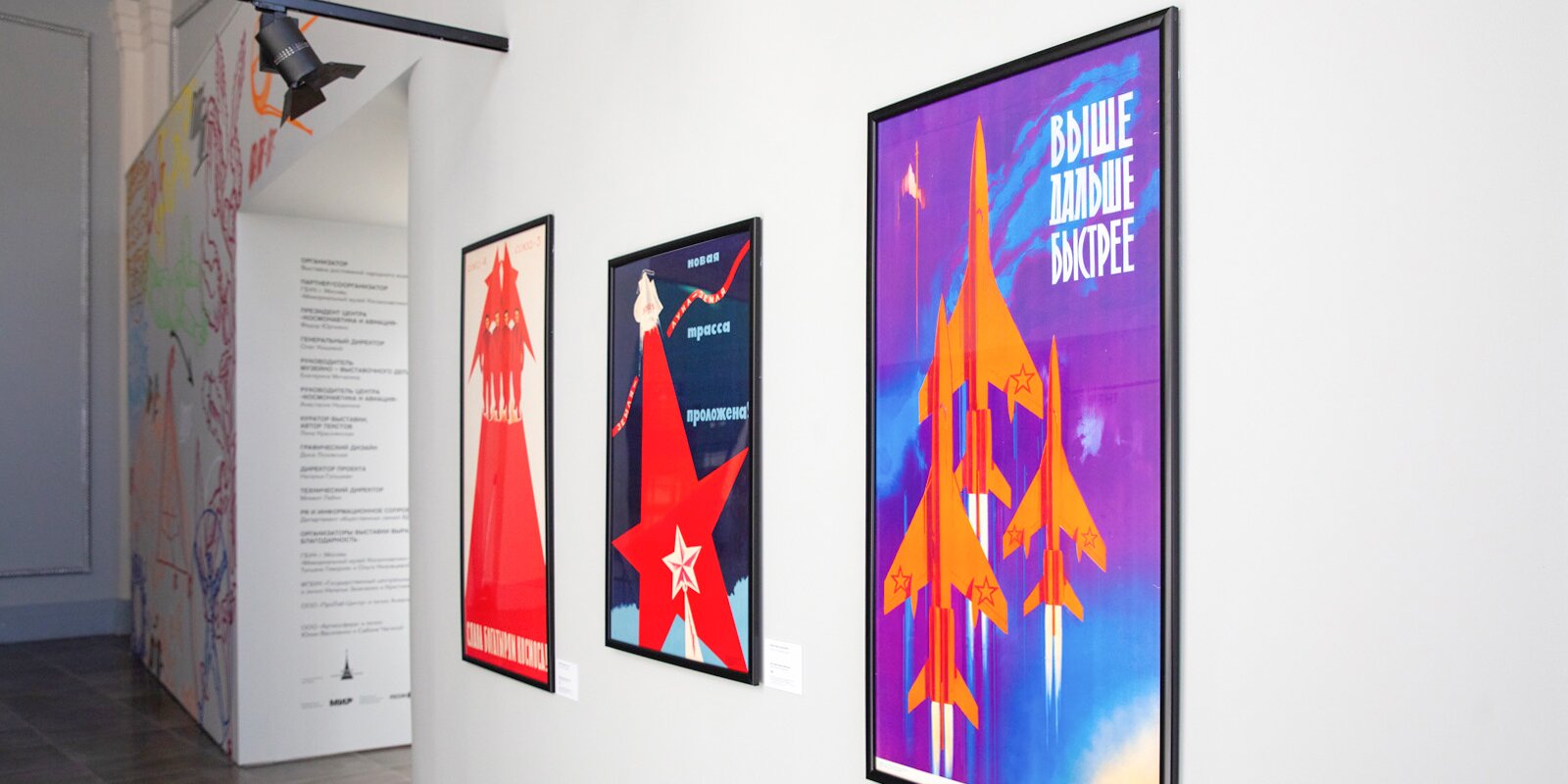 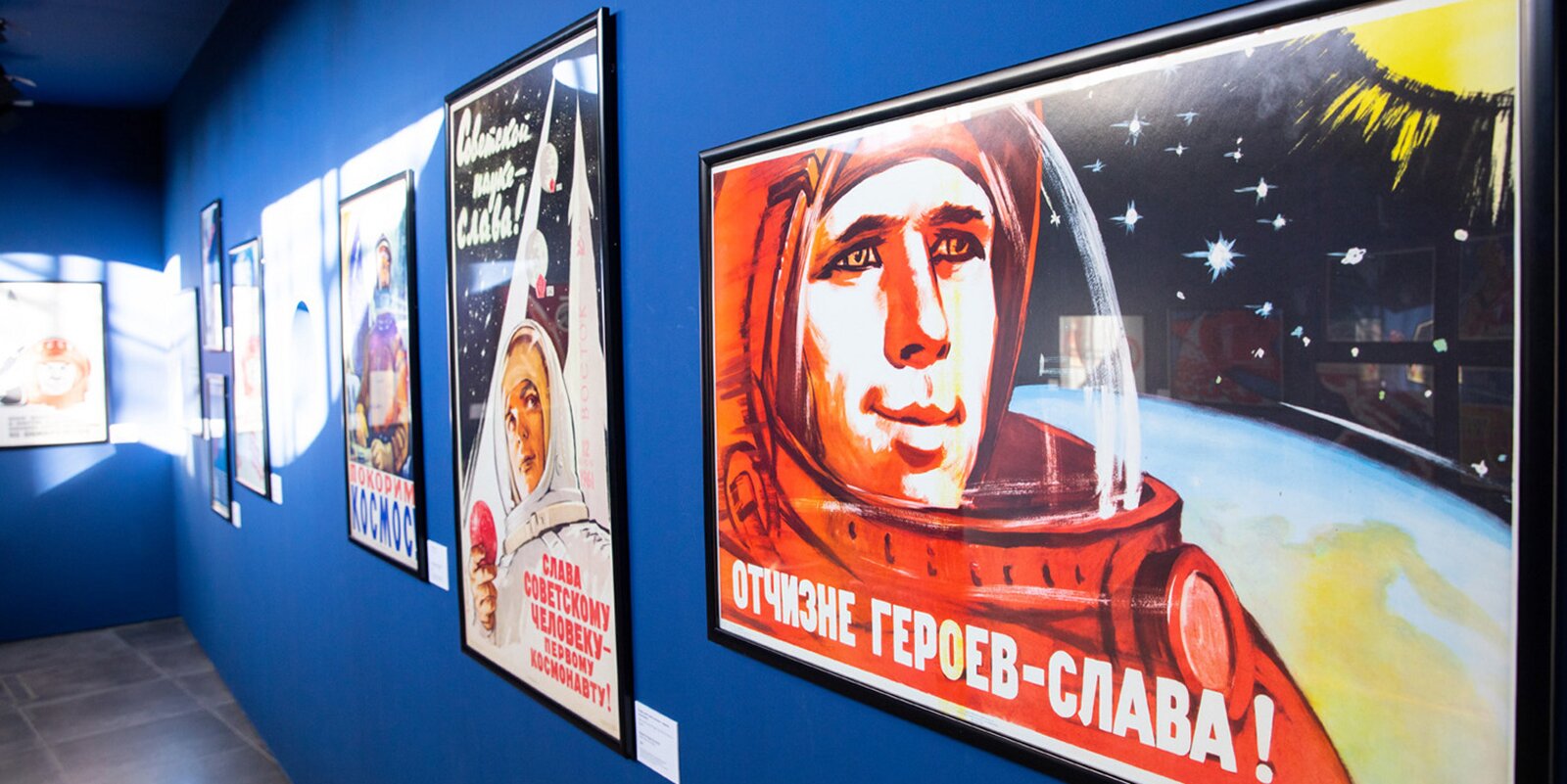 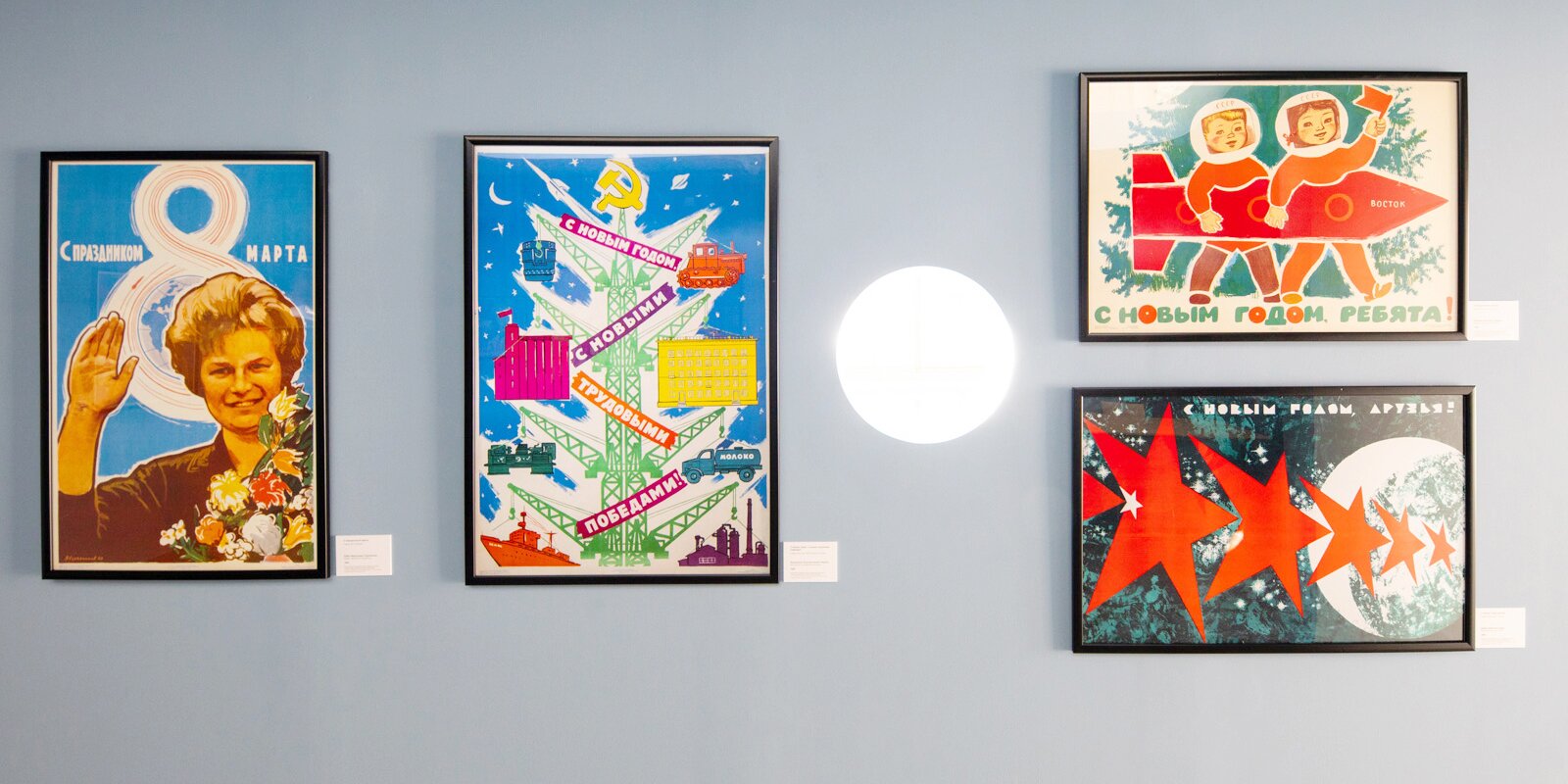