About 29,000 people are imprisoned in Uzbekistan

Ford unveils new Bronco Raptor SUV for the US market

Unvaccinated Russians can fly to Egypt

Smolny does not plan to announce a lockdown due to the «omicron» in St. Petersburg

Rakova: Doctors in Moscow performed a record number of high-tech operations in 2021

Norway cancels mandatory quarantine upon entry into the country

Gerontology: feeling tired in the elderly is a harbinger of imminent death

In St. Petersburg, a domestic cat attacked a baby while breastfeeding

In St. Petersburg, more than a thousand classes were transferred to distance learning due to covid

Poll: 60% of Russians are in favor of abolishing the Unified State Examination

Peskov: Ramzan Kadyrov has the right to run for president of Russia

About 250 girls named Tatyana are born in Moscow every year

Remains of massacre victims found in the Russian courtyard in Jerusalem

In the Volgograd region, they plan to increase the number of beds to 10 thousand because of the «omicron»

75-year-old Cher reveals the secret of her youth

St. Petersburg is snowed in

Cyclone Benedict, which pelted St. Petersburg with snow, showed that the city authorities had not properly prepared for winter. In particular, they did not buy enough special equipment for snow removal.

Forecasts that predicted heavy precipitation came true - up to 15-20 centimeters of snow fell in St. Petersburg on the night of November 29.

And it immediately became clear that the city's utilities were unable to cope with the consequences of the disaster. For the normal functioning of the Northern capital, it was necessary to take out about 10 thousand cubic meters of snow, but due to the lack of snow-removing equipment, only 3.5 thousand cubic meters were taken out. 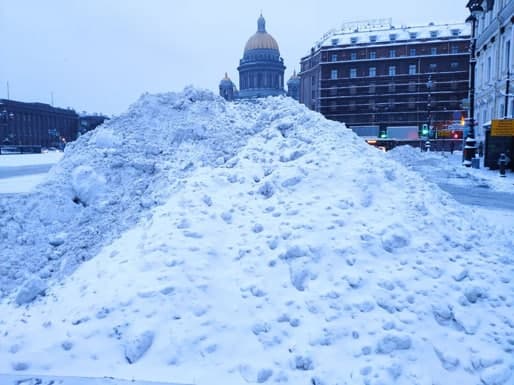 Earlier, Sergei Malinin, chairman of the improvement committee, and Alexander Beglov, governor of St. Petersburg, said that 2,200 units of specialized equipment had been prepared for snow removal this winter. However, according to some information, its quantity is not more than 1700. 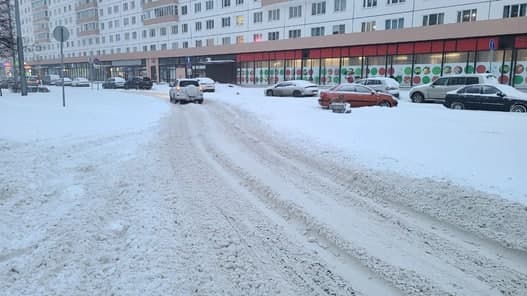 In general, for a full-fledged street cleaning in the fleet of St. Petersburg there must be at least 3,500 snowblowers. Smolny once again turned out to be not ready for winter.