Scientists found a new species of ancient primates in India

American scientists from Hunter College found a new species of ancient primates during excavations in India. The age of the found tooth is 13 million years.

Excavations were carried out in northern India near the city of Ramnagar. The find caught the eye of the scientist Christopher K. Gilbert. In order to study the tooth in detail, scientists from Arizona State University had to spend five years.

The tooth was studied using computed tomography, and it was also compared with the teeth of other primates. According to the results of studies, it turned out that the tooth does not belong to any of the known primate species, so scientists called it Kapi ramnagarensis.

The new species of primates is a direct descendant of gibbons. The age of the find coincides with the period of primate migration from Africa to Asia, which makes the tooth a unique asset of science.

The results help researchers understand the process of primate evolution, their migration routes, including the migration of ancient people. 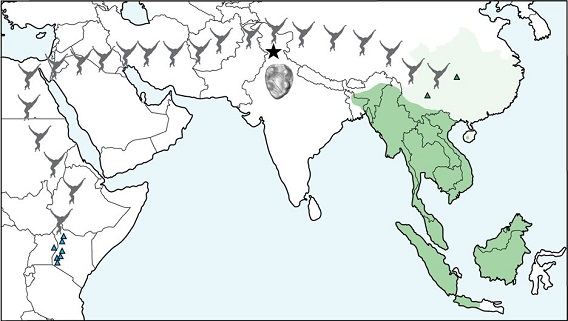 In the near future, the largest SUV of the Korean brand will go on sale. The new car will appear in several versions.

The hotel has been high for six years in a row. There you can relax well with your family or come for health purposes.

The American company Moderna called the percentage of effectiveness of its own vaccine mRNA-1273, capable of resisting COVID-19.

Acting Minister of Culture of Azerbaijan Anar Kerimov announced the involvement of UNESCO specialists in the restoration of the cultural heritage of Nagorno-Karabakh. The work will be carried out in the territories controlled by Baku.

The weapons that killed Iranian nuclear scientist from Iran Mohsen Fahrizadeh could have been made in Israel. Experts studied its fragments and came to this conclusion.